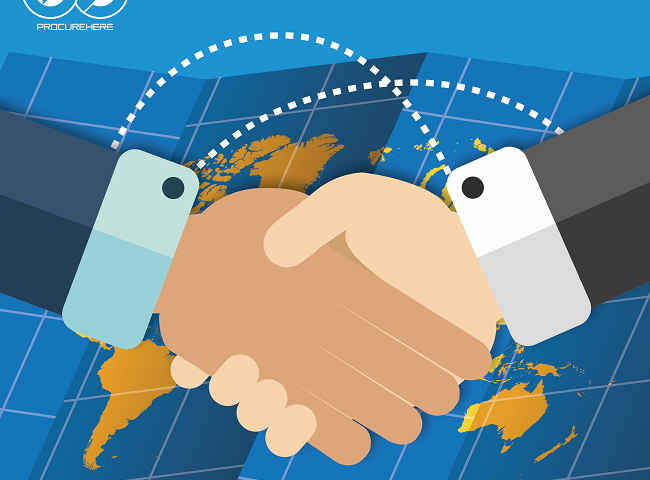 Why international trade Comparative advantage was first described by Robert Torrens in 1815 in an essay on the Corn Laws. He concluded it was to England’s advantage to trade with Portugal in return for grain, even though it might be possible to produce that grain more cheaply in England than Portugal.

However, the concept is usually attributed to David Ricardo who explained it in his 1817 book On the Principles of Political Economy and Taxation in an example involving England and Portugal.[3] In Portugal it is possible to produce both wine and cloth with less labor than it would take to produce the same quantities in England. However the relative costs of producing those two goods are different in the two countries. In England it is very hard to produce wine, and only moderately difficult to produce cloth. In Portugal both are easy to produce.

Therefore while it is cheaper to produce cloth in Portugal than England, it is cheaper still for Portugal to produce excess wine, and trade that for English cloth. Conversely England benefits from this trade because its cost for producing cloth has not changed but it can now get wine at a lower price, closer to the cost of cloth. The conclusion drawn is that each country can gain by specializing in the good where it has comparative advantage, and trading that good for the other.

The following hypothetical examples explain the reasoning behind the theory. In Example 2 all assumptions are italicized for easy reference, and some are explained at the end of the example.

Two men live alone on an isolated island. To survive they must undertake a few basic economic activities like water carrying, fishing, cooking and shelter construction and maintenance. The first man is young, strong, and educated. He is also faster, better, and more productive at everything. He has an absolute advantage in all activities. The second man is old, weak, and uneducated. He has an absolute disadvantage in all economic activities. In some activities the difference between the two is great; in others it is small.

Despite the fact that the younger man has absolute advantage in all activities, it is not in the interest of either of them to work in isolation since they both can benefit from specialization and exchange. If the two men divide the work according to comparative advantage then the young man will specialize in tasks at which he is most productive, while the older man will concentrate on tasks where his productivity is only a little less than that of the young man. Such an arrangement will increase total production for a given amount of labor supplied by both men and it will benefit both of them.

Suppose there are two countries of equal size, Northland and Southland, that both produce and consume two goods, food and clothes. The productive capacities and efficiencies of the countries are such that if both countries devoted all their resources to food production, output would be as follows:

If all the resources of the countries were allocated to the production of clothes, output would be:

Assuming each has constant opportunity costs of production between the two products and both economies have full employment at all times. All factors of production are mobile within the countries between clothes and food industries, but are immobile between the countries. The price mechanism must be working to provide perfect competition.Southland has an absolute advantage over Northland in the production of food and clothes. There seems to be no mutual benefit in trade between the economies, as Southland is more efficient at producing both products. The opportunity costs shows otherwise. Northland’s opportunity cost of producing one tonne of food is one tonne of clothes and vice versa.

To show these different opportunity costs lead to mutual benefit if the countries specialize production and trade, consider the countries produce and consume only domestically. The volumes are:

If both specialize in the goods in which they have comparative advantage, their outputs will be:

World production of food increased. clothes production remained the same. Using the exchange rate of one tonne of food for 2/3 tonne of clothes.

Northland and Southland are able to trade to yield the following level of consumption:

Northland traded 50 tonnes of clothes for 75 tonnes of food. Both benefited, and now consume at points outside their production possibility frontiers.

The economist Paul Samuelson provided another well known example in his Economics. Suppose that in a particular city the best lawyer happens also to be the best secretary, that is he would be the most productive lawyer and he would also be the best secretary in town. However, if this lawyer focused on the task?of being a lawyer and, instead of pursuing both occupations at once, employed a secretary, both the output of the lawyer and the secretary would increase, as it is more difficult to be a lawyer than a secretary.Effect of Trade Costs

In the absence of transportation costs, it is efficient for Britain to produce cloth, and Portugal to produce wine, as, assuming that these trade at equal price (1 unit of cloth for 1 unit of wine) Britain can then obtain wine at a cost of 100 labor units by producing cloth and trading, rather than 110 units by producing the wine itself, and Portugal can obtain cloth at a cost of 80 units by trade rather than 90 by production.

However, in the presence of trade costs of 15 units of labor to import a good (alternatively a mix of export labor costs and import labor costs, such as 5 units to export and 10 units to import), it then costs Britain 115 units of labor to obtain wine by trade – 100 units for producing the cloth, 15 units for importing the wine, which is more expensive than producing the wine locally, and likewise for Portugal. Thus, if trade costs exceed the production advantage, it is not advantageous to trade.

Krugman proceeds to argue more speculatively that changes in the cost of trade (particularly transportation) relative to the cost of production may be a factor in changes in global patterns of trade: if trade costs decrease, such as on the advent of steam-powered shipping, trade should be expected to increase, as more comparative advantages in production can be realized. Conversely, if trade costs increase, or if production costs decrease faster than trade costs (such as via electrification of factories), then trade should be expected to decrease, as trade costs become a more significant barrier.Effects On The Economy

Conditions that maximize comparative advantage do not automatically resolve trade deficits. In fact, many real world examples where comparative advantage is attainable may require a trade deficit. For example, the amount of goods produced can be maximized, yet it may involve a net transfer of wealth from one country to the other, often because economic agents have widely different rates of saving.

As the markets change over time, the ratio of goods produced by one country versus another variously changes while maintaining the benefits of comparative advantage. This can cause national currencies to accumulate into bank deposits in foreign countries where a separate currency is used.

Macroeconomic monetary policy is often adapted to address the depletion of a nation’s currency from domestic hands by the issuance of more money, leading to a wide range of historical successes and failures.

Advantages and Disadvantages of International Trade

Global Maritime Academy is an Institute of Maritime Studies/Management Technology providing training for anyone who wishes to enter the vibrant world of Shipping.